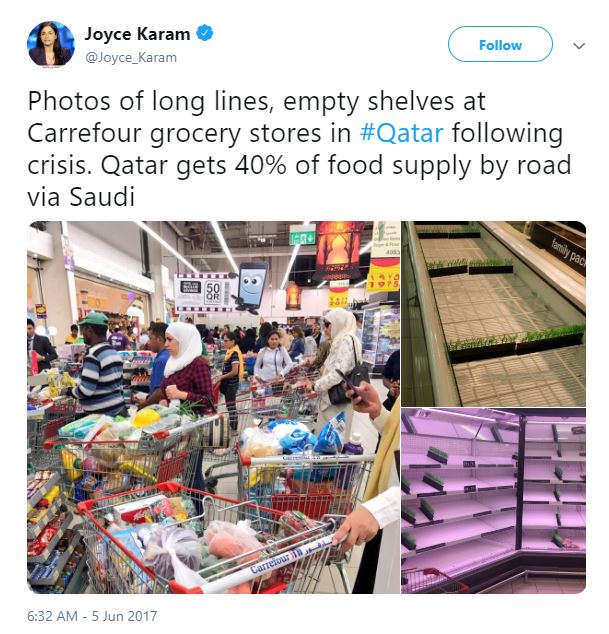 Author of “Geopolitics, Food Security, and Imaginings of the State in Qatar’s Desert Landscape”

For much of my career, my work has focused on experiences of mobility, political insecurity, and citizenship in Beirut, Lebanon in both historical and contemporary eras. I have always been – and continue to be – concerned with the politics of space, migration, and the state. I first became interested in Qatar in 2016 when I went there to begin developing a project about the metro system being built in Doha, and I returned to live there during my sabbatical in 2017-2018 when I was a Visiting Research Scholar with the Islamic Bioethics Project at Georgetown University in Qatar. Living in Doha during the first year of the blockade was a time of geopolitical anxiety but also one of heightened nationalism. And given that this is a migrant-majority country, I was very interested in how both political rhetoric and forms of nationalism played out in various spheres of urban, everyday life and how non-citizens might or might not participate in these forms of nationalism. The research about geopolitics and food in Qatar definitely dovetails with my previous work about how practices of ecotourism serve to consolidate the nation in Lebanon because in both cases I look closely at the kinds spatial narratives, for instance about ‘the local’, that are drawn upon in nationalist sentiments. 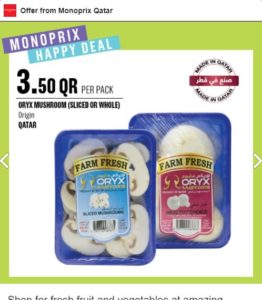 Farm fresh mushrooms, made in Qatar. Screenshot by author.

Conducting ethnographic work in Qatar is challenging. I found this out years ago when I began research on the metro project and hit many dead ends because no one in any of the firms contracted by the state would speak with me and the state officials would only provide very limited, canned responses to my questions.  In general, there is significant state surveillance and I found that undertaking ethnographic research about topics that are deemed political in any way means having to think about alternative methods – beyond the formal interview – and approaches. I found participant-observation to be a useful method for collecting data. And I did not have to go searching very far and wide for this – food politics was emergent in grocery stores, advertising, newspapers, blogs, and public forums. 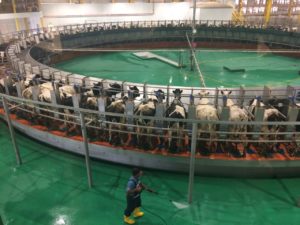 Thankfully, I think there are very few nations in the world with the wealth required to support the kind of energy-inefficient agriculture that is being undertaken in Qatar – but this is, of course, only a matter of degree and scale. That is, in terms of environmental degradation, the situation in Qatar appears so extreme and anomalous so as to be exceptional – anthropologists Ahmed Kanna, Amélie Le Renard, and Neha Vora have a book coming out about the exceptionalist discourses that represent the Arab Gulf region. But the Qatari situation and its aspirations to achieve the impossible – growing food in the desert and shipping from across the world in an unthinkable amount of time – causes me to reflect on my own food practices and desires and how unsustainable they are. In other words, one might look at the story I tell about Qatar and say ‘that’s horribly wasteful and problematic’. But we know that our own food system is predicated on human and environmental degradation and that our desires for abundance intersect with our fears of scarcity and sacrifice. This relates, I think, to conceptions of climate change as a social problem rather than a technical one. 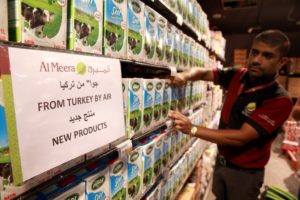 There are parallels between the two contexts in terms of fear and distress, of course, especially in terms of class dimensions. In both sites, very early anxieties – about the impact of the geopolitical conflict in the case of Qatar in 2017 and COVID-19 in the U.S. in early 2020 – were expressed in the supermarket aisles. In the U.S., especially for those of us who have been privileged enough not to go without – and have desired goods arrive at our doorstep within a matter of days or even hours – the threat of oncoming disruption of the supply chain and directives to shelter in place drove many to stockpile. A lot has been written about the toilet paper hoarding but less has been said about the kinds of foodstuffs that many in the U.S. understood as essential items for surviving life during a supply-limited pandemic: canned beans, rice, flour, yeast. Where I live these were also very difficult to locate in stores. People were purchasing staple foods with long shelf lives that they didn’t regularly buy – this tells us something about uncertainties around future availability.

In Qatar, the state stepped in almost immediately to relieve these uncertainties and assure both citizens and expatriate residents that supply chains would be quickly reconfigured. And they were – literally overnight. Qatar is a tiny, very wealthy country that operates under a very centralized state authority that has the capacity to respond effectively and rapidly in moments of crises. What we have seen in the U.S. is something altogether different. We see different approaches to state leadership across these two crises and how these approaches shaped people’s responses in a time of insecurity. In fact, amid COVID-19, citizens in many parts of the U.S. have been left alone to fight for their safety and well-being. 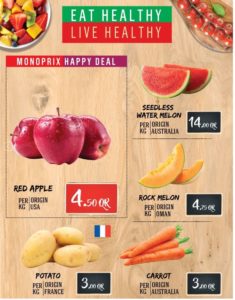 The origins of produce in Qatar. Screenshot by author.

An interest in urban life has dominated anthropology of the Middle East in recent decades. It is interesting how this focus on the urban (developed in part as a counterpoint to the Orientalizing tropes of the 20th century that represented people in the region as ‘out of time’ or ‘stuck in tradition’) entailed a move away from research on rurality. The region has seen the same trends in urbanization as the rest of the world but the reality is, to quote Tania Li, that its “agricultural story is not over.” Reflecting broader trends in cultural anthropology, I think we are seeing political ecology approaches as well as studies of infrastructure (in relation to the natural environment) emerging in studies of the region. Often this work examines the links between the rural and the urban as well as urbanization and environmental change. There is ample room for critical food studies, however. I would love to see food given more attention, including through work that engages a bio-cultural framework.

Call for Papers: Immigration, Labor, & Agriculture in the United States in the Trump Era

The Journey of an Ancestral Seed: The...