Interview with Ashley Stinnett and Jennifer Jo Thompson, organizers of the recent CAFE special issue, Agriculture of the Middle 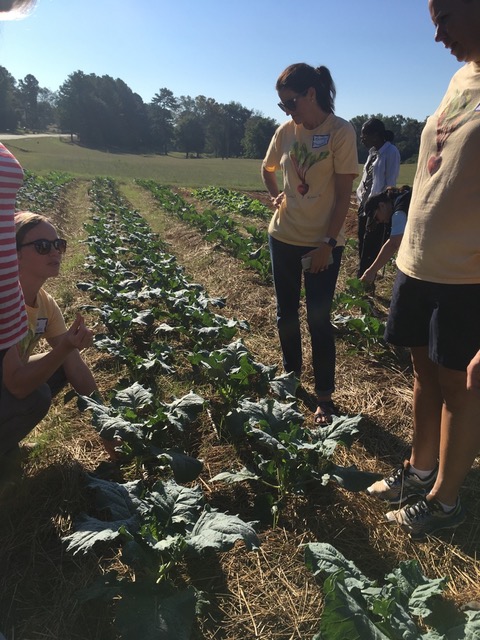 1. How did this special issue come about? What was the impetus for exploring the “middle ground” in agriculture?

This issue came out of a AAA panel that we organized in 2016. That panel came out of conversations/collaboration in which we both found ourselves working on agriculture/food issues that fell “betwixt and between.” Anthropological studies of food systems have largely focused on the two ends of the spectrum: either studies of small-scale, household production of food as culture and identity or examinations of the consequences of large-scale, industrial agrifood systems. In contrast, Jenn’s work on farm to school initiatives and Ashley’s work on heritage butchers, demanded us to focus on the “middle ground”—on disjunctures in scale, policy, and markets—but we found that there was little anthropological theory to support it. We figured that if we were encountering this, others probably were too. Thus, we put together the 2016 AAA panel calling for ethnographic and theoretical papers that could help conceptualize the middle from an anthropological perspective. The panel stimulated dynamic conversations among the authors—including a recognition that our collective work would be of value to the broader community of scholars. This motivated us to put together the special issue for CAFE.

2. Why do you think “the middle” is so absent in both anthropology and in policy circles?

Although our focus is on “the middle” in agrifood systems, we suspect that “the middle” is missing in anthropology more broadly because historically, anthropologists have focused on using close, deep, “thick,” and highly localized ethnographic work to bring us insight into the broader, more universal elements of what it means to be human. Beginning with the critical turn in the 1970s, anthropologists, including agrifood scholars like Sydney Mintz, have also focused on the sociocultural consequences of industrialism and globalism—in essence, leapfrogging over “the middle.”

To some degree, the same thing is true of policy: Economic and regulatory policies (e.g., the Food Safety and Modernization Act) are designed to address the demands of large-scale operations, and very small-scale producers are often exempt. Mid-scale actors, however, are often forced to absorb all the costs of policies designed to manage large-scale producers. Why is this? We suspect it has to do with the “disappearing middle” in agriculture: the reduction in numbers of “small commercial” and “midsize” farms, and the growth in the number of massive farms on one hand and very small, very low sales, farms on the other hand (Burns & Kuhns 2016).

All that said, our work and the work of the other authors in this Special Issue suggest that “the middle” is an incredibly rich domain in which heterogeneous actors are navigating systems and policies (designed for the two ends of the spectrum) in novel and creative ways.

3. Are there unique challenges for farmers inhabiting or attempting to inhabit this middle ground?

What we do know is that farming and food production in the United States has been challenging, especially in the last few decades, given the farm crisis (1980’s and current), the impacts of globalization on food production and labor, the continued loss of rural community, coupled with the rapid bifurcation in scale. We can see traditional rural lifeways being deeply challenged, with rippling effects across communities. As a result of this we see high suicide rates among rural farmers, we also see the average age of farmers increasing, and of course the continued challenge of balancing the rising costs of production and market price.

This means that the pressures on farmers and ranchers to shift to the poles is much greater (e.g. “get big or get out”). Mid-scale food and commodity producers often find themselves too big to engage in direct market sales (farmer’s markets and the like), but not big enough to capitalize on volume. This means that innovation and creativity are indispensable in the middle. This can often result in the need to shift models of production, craft novel ways of building community, or experimenting with alternative crops or breeds.

4. What’s next for this concept? In other words, what don’t we know about food systems in the middle?

The special issue was intended to begin a conversation about agricultural food systems of the middle, and point to both the value and challenges of the middle. By shedding light on the middle, conceptually and from an ethnographic viewpoint, we hope to illuminate alternative ways of thinking about agriculture production from a multi-scalar context.

The special issue begins to bring an ethnographic eye to mid-scale agriculture specific to the United States, but there is plenty more to do. We also know that other agricultural regions across the globe are also shifting, with some regions experiencing increasing bifurcation as well (Bokusheva and Kimura 2016). So we might ask how are farmers from other cultural contexts making decisions in these regions of increasing polarization? What are some of the structural components driving bifurcation of scale in agricultural production across the globe? And in what ways do we see culture affecting agricultural policies and experiences with regards to scale?

Proponents of “farm to school” programs often argue that it can provide stronger, more reliable markets for local, small-scale farmers — and perhaps relieve them of some of the work of selling through direct markets, like farmers markets. What is fairly typical about this scene is that small farmers – those farming just a few acres and largely selling directly through consumers through farmers markets – often end up participating in farm to school activities like fieldtrips to farms, or selling small quantities for the purposes of taste tests and other culinary activities, but they generally aren’t producing a high enough quantity to sell to schools for their nutrition programs, and generally not at a price that fits within the tight budgets of federally-funded school nutrition programs. In short, there are still significant barriers to small scale farmers capitalizing on school nutrition programs for purchases at scale, which generally still go to large (nominally local) farms. Thus there is an urgent need for intermediaries, like local distributors or food hubs, to help small farmers more effectively capitalize on institutional markets like school nutrition programs — and for anthropologist to pay attention to the creative ways that farmers and schools are navigating this uncharted “middle ground.” 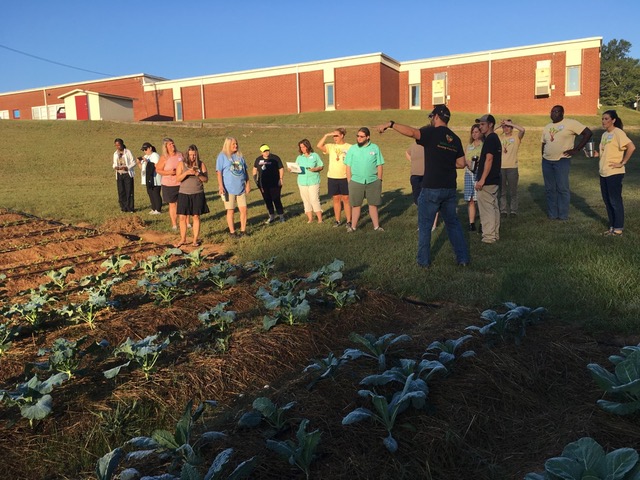 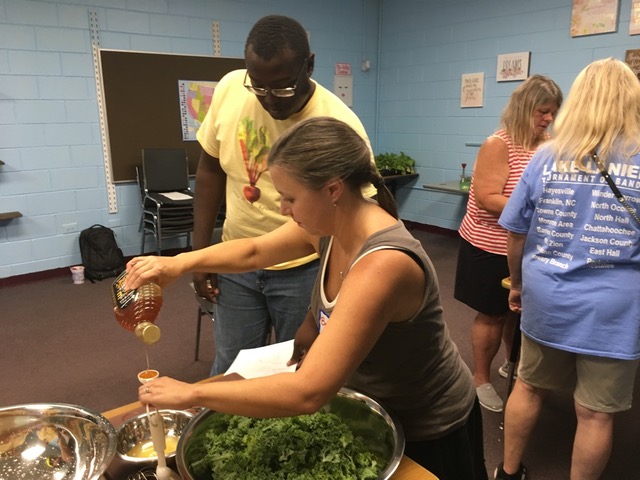 Ashley Stinnett is a Professor of Anthropology at Bowling Green University and Jennifer Jo Thompson is an Assistant Research Scientists at University of Georgia. They organized the recently published special issue in CAFE titled, Agriculture of the Middle. The articles in the special issue seek to move beyond the binary logics that dominate how we understand about food systems (e.g. large-scale/small-scale, local/global, organic/industrial) and take seriously the radical potential of agriculture of “the middle.”

Ashley Stinnett and Jennifer Jo Thomson were interviewed by Emma McDonell, a PhD Candidate in Anthropology at Indiana University.