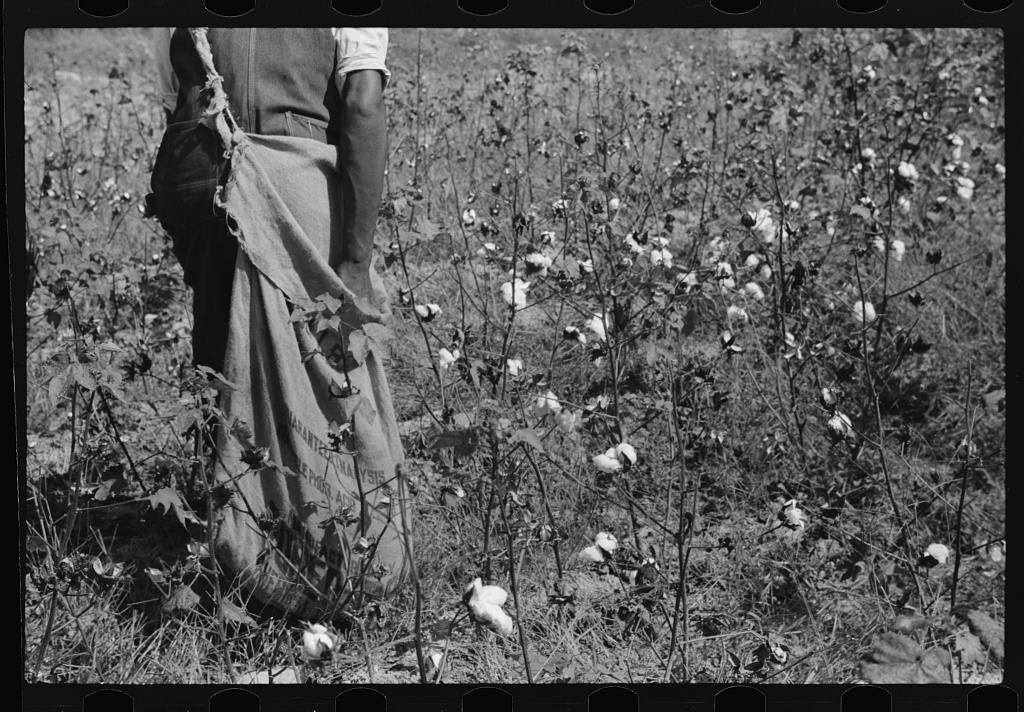 While the problem of vast food deserts in black and Latino neighborhoods has gained attention in past decade, Modern Farmer shifts attention to ways racist policies have excluded black farmers. “A century ago, the demographics looked much different. In 1920, before the Great Migration drew some six million African Americans to cities such as Chicago and New York, 14 percent of the farm owners in this country were black, at a time when only 10 percent of the population was. Collectively, those one million individuals owned 15 million acres of land. Over the ensuing decades, however, these farmers left agriculture at a rate three times faster than their Caucasian counterparts, and by 1992, the percentage of U.S. farms owned by African Americans had dwindled to less than one percent.” An article from Grist in 2015 goes into more depth on the discriminatory practices of the USDA that led to a class-action lawsuit, Pigford v. Glickman, in which 400 black farmers alleged that the United States Department of Agriculture had denied them loans based on racial discrimination. Neither article covers the deeper historical roots of disenfranchising black farmers going back to the end of slavery and the Reconstruction period, when former slaves were denied rights to plantation land and were forced into sharecropping by their economic circumstances (see the The Hampton Institute’s write-up on sharecropping).

An article from Economic Anthropology by Joanne Baron (Making money in Mesoamerica: Currency production and procurement in the Classic Maya financial system) about the use of cacao beans and textiles made a run in the popular press back in June. Science Magazine reports how Dr. Baron discovered the use of cacao beans as currency through an analysis of Mayan paintings. “But later evidence shows that chocolate became a little more like coins—in the form of fermented and dried cacao beans. Baron documented about 180 different scenes on ceramics and murals from about 691 C.E. through 900 C.E. which show commodities delivered to Maya leaders as a tribute, or a kind of tax. Goods like tobacco and maize grain are sometimes given as tribute, but the items that pop up most in these scenes are pieces of woven cloth and bags labeled with the quantity of dried cacao beans they contain.”

David Graeber and David Wengrow in Eurozine tackle the myth that a switch from hunter-gatherer societies to agriculture introduced inequality.

A federal court ordered the EPA ban use of chlorpyrifos within 60 days of its ruling on August 9 (ABC News). Common names for pesticides containing chlorpyrifos are Lorsban and Dursban. For more technical information on this pesticide, see Cornell University’s Pesticide Information Profile.

As the dairy industry lobbies to regulate who is and isn’t allowed to call their product “milk,” Smithsonian Magazine looks into the rich history of labelling plant-based alternatives to dairy products as “milk” across cultures. Even the English word “lettuce,” derives from the Latin word for milk: “The Latin root word of lettuce is lact, as in lactate, for its milky juice, which indicates that even the Romans had a fluid definition for milk.”

The Des Moines Register reports on the ways that Senator Chuck Grassley from Iowa and others benefit from farm subsidy bills they help draft. California’s Rep. Doug LaMalfa is biggest beneficiary, having received $5.3 million in farm subsidies between 1995 and 2016. ”

Expect to see much more gene-edited foods in the near future, as costs go down and gene-editing techniques become more effective (Washington Post). These new gene-editing technologies also evade many of the existing regulations around GMO food: “Under current rules, the Agriculture Department does not require field tests or environmental assessments for many of these crops, the way it does for most conventional genetically modified organisms. That’s because most of the gene-edited crops to date, such as Calyxt’s soybean, do not contain foreign genetic material and were not made using the bacteria or viruses that scientists employed in the first-generation GMOs.”

The Nation published a long read on the devastating consequences of illegal logging and land seizures for cattle ranching and soybean cultivation on global climate. This is driven by Brazil’s new government under Michel Temer: “In 2017, President Michel Temer signed legislation ‘regularizing’ illegal land claims by anyone who appropriated Amazonian land before 2011. And that amnesty was an extension of the previous 2004 limit. The maximum area of claimable land was also increased, from 1,500 hectares (3,706 acres) to 2,500 hectares (6,178 acres) per person.”

In Good Hands: Tactile Skill and the Care of Racehorses

Weekly Gleaning 10/5: Autumn of the anthropocene